Zimbabwe (pop. 12m) is widely admired as one of the most enchanting countries in Africa to visit and deserves its tag as a “World of Wonders.” The most captivating centres for tourists are the majestic mile-wide Victoria Falls (a Natural Wonder of the World and World Heritage Site), the massive 14,000 sq km Hwange National Park (one of the world’s great wildlife reserves) and Lake Kariba, also wildlife-rich and offering fishing for the fighting tiger. There are 360 species of mammals (including vast elephant herds) and more than 500 bird species.

The Republic of Zimbabwe (meaning “House of Stones” after the mysterious Great Zimbabwe stone structure), achieved Independence from the United Kingdom in 1980 and is landlocked between the legendary Zambezi River in the north, Limpopo River in the south and bordered by South Africa, Zambia, Botswana and Mozambique. 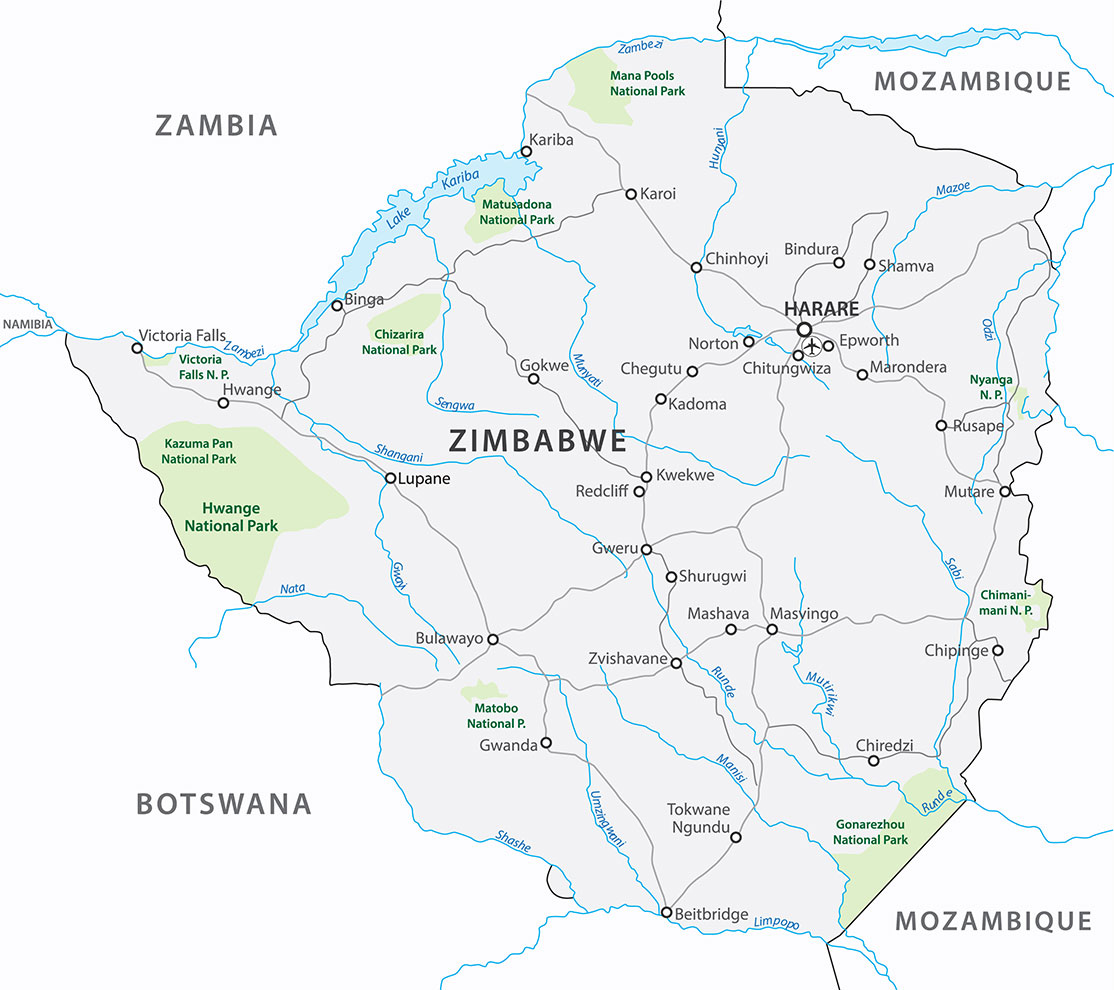